Around the middle of March, we received in the editorial office of our magazine, a message from our vegetarian Brazilian friend Marly, telling us that Mr Jashu Shah, president of the AVU -Asian Vegetarian Union-, member of the Council of the IVU -International Vegetarian Union- , IVU’s representative for the Asian Region and honourable member of The Vegetarian Society, was coming to Buenos Aires; doubtlessly he is an emblematic person in relation to the international vegetarian movement. He lives in Bombay, India, is the seventh generation of vegetarians, jainist, and very well known for his international activism.
He would be staying over only two nights in Buenos Aires and then would continue his trip to Chile and the rest of South America, we didn’t have much time nor options, so we quickly organised a dinner to receive this important vegetarian voyager. On the first day, Thursday, we accomplished our wish to closely know this legendary Asian activists; we toured him around the city of Buenos Aires and made a special photographic stop in Palermo, with it’s woods, lakes and exuberant vegetation.
On Friday night we gathered for dinner in a well known vegetarian restaurant in the neighbour of Congreso, the centre on the city. We had a delicious dinner, he was accompanied with his wife and two Hindu friends. We changed opinions, points of view and comments about vegetarianism and other subjects and he promised to come back with more time available. We didn’t loose the opportunity to make him an exclusive interview for our Magazine El Vegetariano, which we transcribe below: 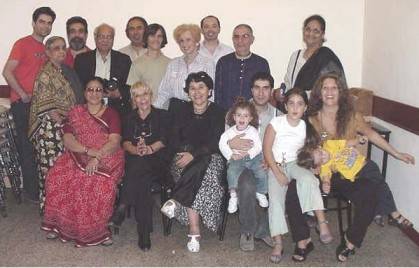 Today we are gathered with mister Jashu Shah, president or the Asian vegetarian Union. We are in the restaurant Bodhy with some other members of the Argentinean Vegetarian Union, and we are going to make mister Shah some questions.

El Vegetariano: When and why did you choose the vegetarian diet and lifestyle?
Jashu Shah: I’m a born vegetarian, I had no choice. My seven past generations have not ever eaten no meat at any time, or no vegetarian food. I’m vegetarian by birth, my entire family is vegetarian including my grandchildren.

EV: What are your reasons today for holding the decision, what makes you today be a vegetarian, do you think those reasons have evolved in time?
JS: I think that being a vegetarian is a better thing than being a non vegetarian, killing animals and eating them. If you have no right to give life, you can not take life, and therefore I think I am a better person that if I’d be non vegetarian.

EV: Why do you think that here in Argentina Vegetarianism is not so widely accepted as in India, and the attitude towards animals is so different?

JS: India is basically vegetarian because all our scriptures, our gods and goddesses, and what ever we pray to is forth vegetarianism, for the reverence of life because we respect the life and if you respect the life you don’t want to kill them and if you don’t kill them you become a vegetarian. Vegetarianism is the basis in which the entire reverence for life building stands, the reverence for all life, not only for the human beings’ but animals as well. And about the Argentina, I should ask you why It is so that there are not many vegetarians?

EV: May be because of tradition, a very strongly implanted industry and the opinion that animal food is the most nutritious as well as the key to sustain our economy, never stable by the way, or at least great part of It.
JS: I’m very happy to know that there is a vegetarian association in Argentina and I must congratulate you, because about twenty years ago when I first came It was really difficult to find even vegetarian people here.

But the change is coming all over the world. In England some time ago there was around three percent of the population that vas vegetarian. Now the percentage is around fourteen. Vegetarian food is easily available almost everywhere, is growing and vegetarianism is for the future.

EV: Do you see a close relation between spirituality and vegetarianism?
JS: Yes of course, if you want to be spiritually higher you must be a vegetarian. In India It is said that what ever you eat It is reflected in your mind, so if you eat vegetarian you become purer and purer, and It is reflected in your mind. Those who want to go to spiritualism have to ultimately go to vegetarianism because if you are not a vegetarian your thoughts are disturbing and you can not achieve the higher things you want to achieve. Even in yoga, It is sometimes said that It is not necessary to change your diet but ultimately It is the change of the diet which starts the ball rolling.

EV: You are a Yain…
JS: I’m a Yain, but I should said not very strict. Because I eat after sunset what yains don’t do, I eat under-roots which they don’t eat, because I follow in my diet vegetarianism more than the Yainism.

EV: Considering the close relationship between yainism and vegetarianism what can you say about cristianism, what relationship can you see among them?
JS: I’ve talked to so many Christians, and I’ve seen that christianism is also preaching vegetarianism. Even Islam, also says that one should be respectful to the animals and if you respect somebody you can’t eat them.

EV: What message would you give to vegetarians in general?
JS: I think that the vegetarians are the people of the future, vegetarianism is growing. People are becoming more and more aware of vegetarianism and of it’s benefits. But there is always a pitfall. For example if you eat too much there could always be a problem. So even in vegetarianism one has to limit himself, one has to understand what to eat and what shouldn’t be eaten, and to act according to ones own body requirements.

EV: What message would you give to non vegetarians?
JS: Non vegetarians should become vegetarian as soon as possible. They must understand that vegetarianism is ultimately for the benefit of the human race. A question has been sometimes asked to me: If everybody becomes a vegetarian what would happen with the animals? Wouldn’t they grow more and more in number causing the lack of vegetarian food?

But nature is the greatest killer, I say, nature will take it’s own course and ultimately It will make the balance. So I think that there should be no worries about consequences of this kind if every one becomes a vegetarian.

EV: Which is your favourite meal?
JS: I’m coming from a Yain community, I’m a Gujarati, my mother tongue is Gujarati. And I always prefer my Gujarati food. It is a balanced diet. You eat wheat, rice, and you eat a lot of vegetables.

EV: Ok. It is a pleasure having you here, and talking to you, thank you very much, and we hope sometime we can go to India and visit you.
JS: My open invitation to all of you to come to India, I will be your guest. India It is a very hospitable country, if you come there you will never regret It. 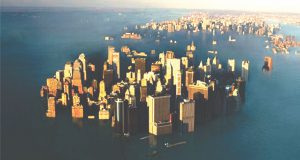 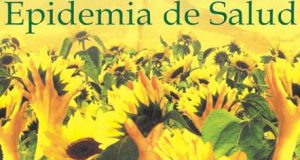 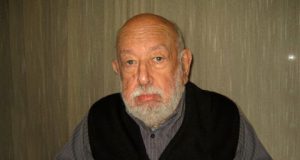